Arsenal and Manchester City will go head to head in the Community Shield match today at Wembley Stadium, London.


Both the sides are looking to start the coming season on high, Arsenal and City fans are desperate to watch their new signings play.

While for Arsenal, Frenchman Olivier Giroud could start from the bench as he short of full match fitness.
New signings Mathieu Debuchy, and Calum Chambers are set to start with Alexis Sanchez on bench but goalkeeper David Ospina will miss due to a thigh injury. 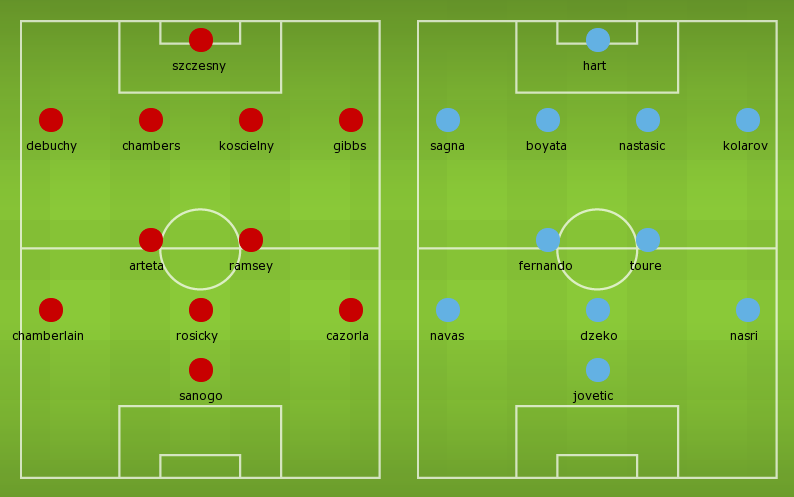