FA Community Shield Match Preview: Arsenal vs Manchester City, with possible lineups of both the top sides. Match will be played on 10th August at Wembley stadium.

For a team that hasn’t won anything during the past 8 years, Arsenal are now looking to win 2 in a matter of 3 months when they will face Manchester City at Wembley stadium this Sunday. Keeping the immediate future intact, maybe this match has lost its charm in the last few years but still it will provide both the team fans a perfect glimpse of how their favourite stars and new signings will perform next season.


Arsenal:
If we look at their squad available for this match, it’ll be without the three Germans (Per Mertesacker, Lukas Podolski, and Mesut Ozil) all of which are on holidays after their National Side triumph in Brazil. Yaya Sanogo, who scored 4 goals against Benfica is likely to miss the Sunday’s Clash after suffering a hamstring injury. Thomas Vermaelen, who is on the verge of leaving Arsenal for Barcelona will not be selected by Arsene Wenger, while Callum Chambers will start as a central defender along with Laurent Koscielny. Mathieu Debuchy will take the vacant place of Bacary Sagna after his transfer to Manchester City. For striker part, either Olivier Giroud or Alexis Sanchez will play and Theo Walcott is expected to make a come back.

The most probable starting XI for the North London Side is:- 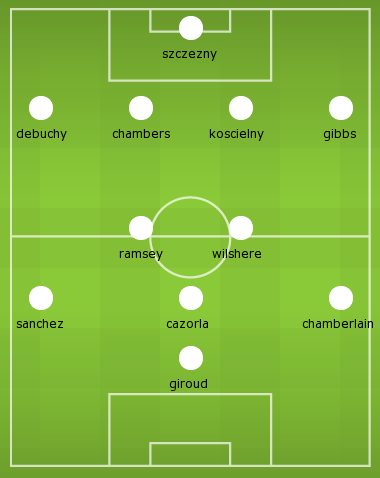 Manchester City:
Manuel Pellegrini side have not undergone a radical change in their squad as compared to their rivals. Like his predecessor Roberto Mancini, the Chilean has also decided to bank on the players that won him the Premier League last season. But the number of players out of Etihad are much more than the coming ones.

Although Man City have signed 3 players so far, two of them are expected to take the center stage in this match.

Players like Gareth Barry, Joleon Lescott and Jack Rodwell all have been transferred out of Manchester City. But as more of these haven’t played a major part in last season campaign, Pellegrini’s starting XI won’t be bothered much. Sergio Aguero just like his country mates Martin Demichelis and Pablo Zabaleta will miss this finale raiser after a hectic World Cup. Man in form, Stevan Jovetic will take the center stage as far as Manchester City is concerned. So the likely starting XI for them is 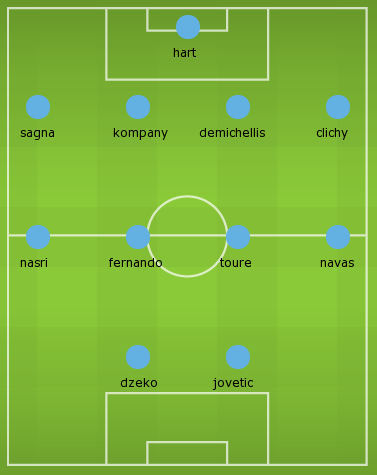 Prediction:
Looking at the squad Man City have and comparing this with the star power of Arsenal, it might be the latter ones who would have to suffer more due to the absentees. Therefore, I am going for a hectic Manchester City win.