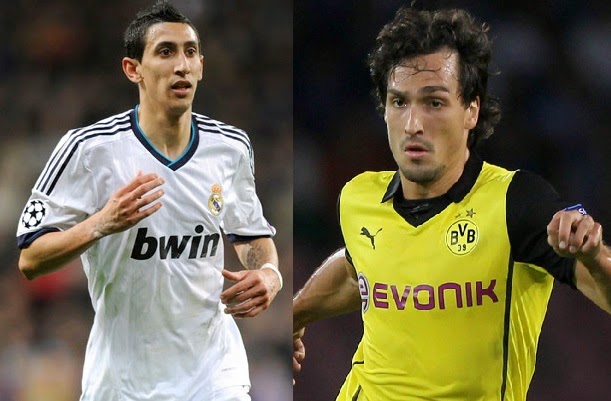 Guardian reported that Manchester United are in advance talks with the clubs and might reveal as soon the World Cup is over.

Both thes star are currently the part of World Cup. Di Maria is out due to injury but his side Argeninta will face Louis van Gaal team Netherlands tonight. While Hummels helped Germany to reach the Final of the World Cup.

Luke Shaw and Ander Herrera are already on United ship and the Red Devils look set to bolster their side for the next season.

Di Maria has strongly been linked with Arsenal who are now not interested in him as they are close in finalizing a deal for Barcelona attacker Alexis Sanchez.

Louis van Gaal’s international duty has given many stops for United in the market but now the World Cup is nearly over after then he will concentrate on United’s future.

French big spenders Paris Saints Germain are also in the race to sign the Argentinian attacker.

Do you want both at Old Trafford?
Have your say below.