Netherlands will battle Argentina tonight in the second Semi Final of the World Cup. The winner will face Germany who beat the host nation Brazil by seven goals to one last night.

Jasper Cillesen will still start once again instead of last match hero Tim Krul who saved vital penalties to help Netherlands to reach the Semi Final. But striker Robin van Persie is a doubt as he missed yesterday’s training due to stomach problems.

For Argentina, Angel Di Maria won't feature due to a thigh injury which he suffered against Belgium. While Manchester City striker Sergio Aguero might be available but Gonzalo Higuain is likely to be in the starting eleven. 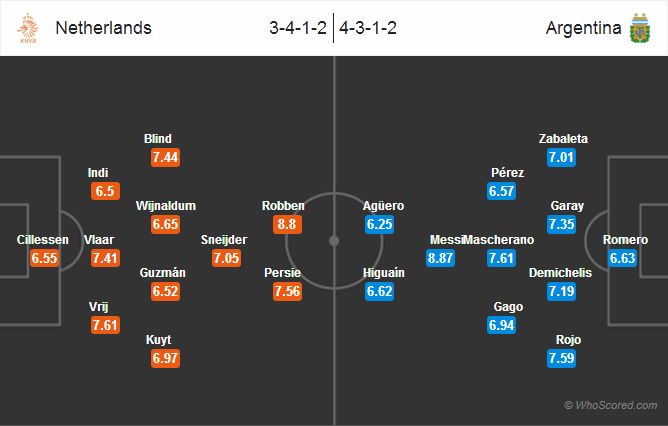