Having made a switch to Southampton from the 7 times French Champions, many believed that this would be a stepping stone to Dejan Lovren success when he moved to England for a fee in the region of £8.5million. While Liverpool had already raided the Saint Mary stadium twice to capture their two star players in Rickie Lambert and Adam Lallana, they are coming back to capture another starlet in Dejan Lovren. While Liverpool conceded a half century of goals last season more than any top what any top 4 teams has conceded, signing the Croatian would lessen the worries of Liverpool fans around the world. 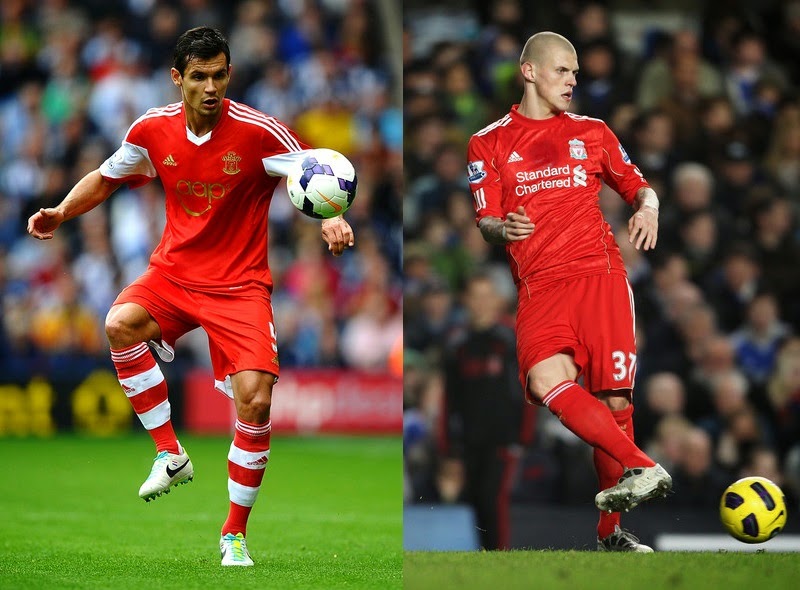 At a height of 1.88m slightly less than what Skrtel is at 1.91m, the Croatian offers far more stability in the defense than his counter-part. While Skrtel given away 4 defensive errors last season 2 of which led to goals, the Croatian only made 1 defensive error all season. At 25 years of age and with a lot of football for him to play with valuable Champions League experience to his name, Lovren could act just the right replacement of 29 year old Slovakian in a red shirt for Liverpool.

Here is a comparison between the duo:-

While the above stats looks mysterious for most defenders in the league, a comparison was inevitable as Skrtel was the top scoring defender last season in the league. While Steven Gerrard provided 13 assists last season most of which came from set pieces, Martin Skrtel was the automatic choice in most situations for the Reds Legend. Therefore, for a team who has scored a century of goals last season, it would be hard to replace Skrtel in the current Liverpool team.

Here is a comparison:-

While the above mentioned stats clearly shows the future bright for Lovren, one thing must be kept in mind of his possession of ball. With 410 clearances in the whole season, that tactic was used to relieve pressure by the league top scoring defender. On the other hand, Lovren take on percentage of 100% shows clearly the ambition and desire of the possession of ball and not rush it.

Conclusion:
With Liverpool looks set to compete in Europe’s elite competition next season while 3 competitions on domestic levels have to be addressed, it would be much better for the team to seek a thick war chest that made the lower number of substitutions last season. So when or if Liverpool manages to capture the signature of Lovren, it would be much better for them if they can get hold of two star defenders.