Courtois vs Cech: Who should be Chelsea number one?

Courtois vs Cech: Who should be Chelsea number one? detailed comparasion and stats of last season with number of trophies won.

When it comes to goalkeepers, Chelsea are probably the most blessed team in England. While the Premier League golden glove of the season winner Peter Cech was already in their ranks at the end of last season, the La LIGA Goalkeeper of the year Courtois has also joined the team that loaned him to Spain at the start of 2011-12 season. Since then the Belgian has missed only 3 matches in 3 seasons for the reigning LA LIGA Champions in the League. 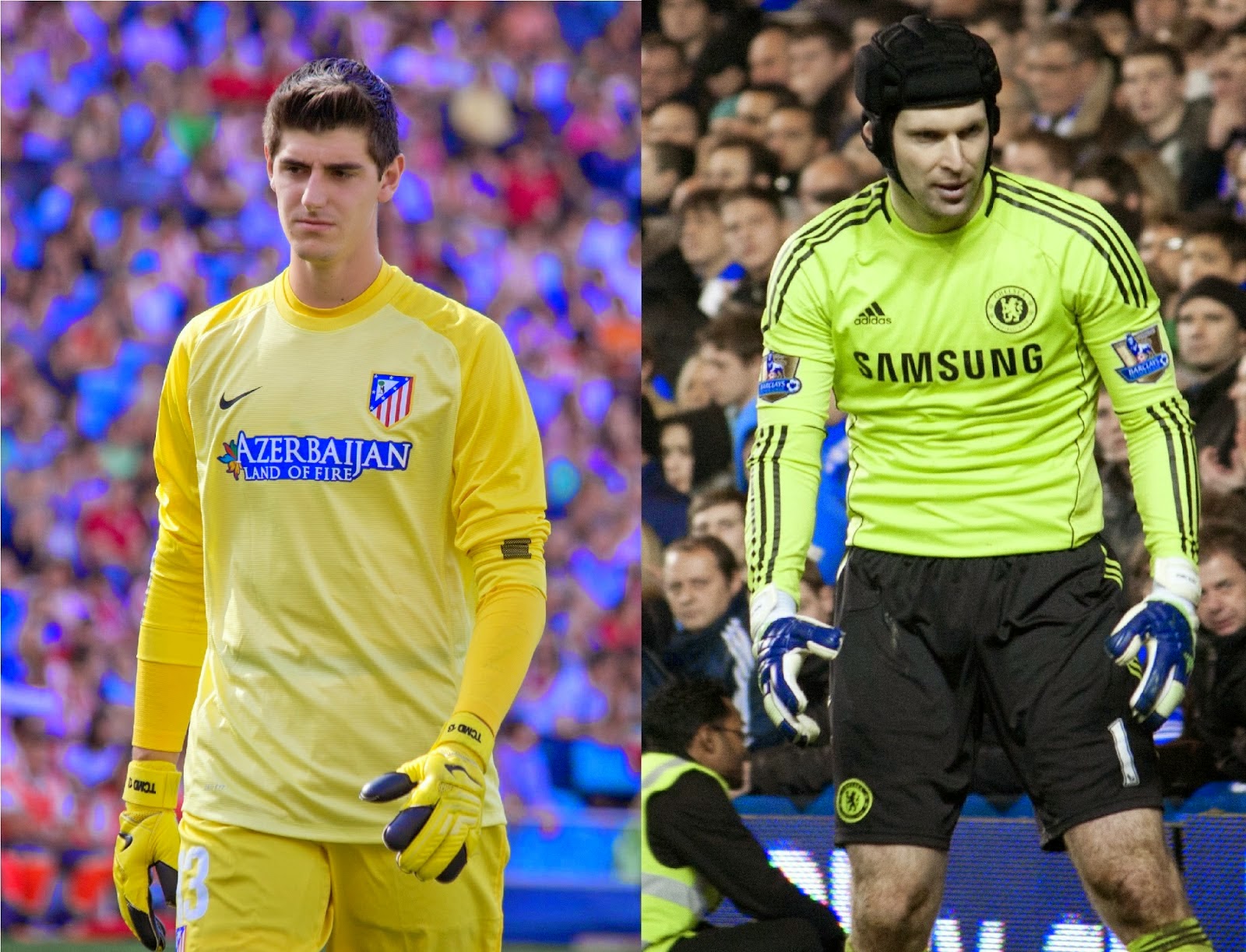 Since going on loan to Spain, the Belgian goalkeeper has missed just 3 matches in 3 season for the LA LIGA Champions.

As the Belgian World Cup goalkeeper has left Atletico to join Chelsea, we take a look that who should start in the goal next season for the Blues.

Trophy laden:
At 32 years of age and having 3 Premier League and 1 Champions League medal to his name, Petr Cech is senior to Courtois not only in age but also upon the trophy cabinet list. However the Belgian starlet is also not far behind as he has won 2 League titles to his name at such a young age. When Chelsea signed him at the start of 2011-12 season before eventually loaning him out to Atletico Madrid, he had already won a league title in Belgian with Genk.

So in addition to the clean sheets that both of them have offered over the number of years, Chelsea goalkeepers do have an eye towards the trophy cabinet. At 22 years of age and always playing for the under dogs Atletico Madrid, it looked great for the Belgian to compete with his upcoming competitor on the Medals table as-well.

Last season:
As Chelsea finished 3rd last season inspite of getting the most number of clean sheets in the league, it could be said that it was their attacking force rather than the defensive department that cost them the title after good spending in the transfer window. On the other hand, Thibaut Courtois had a season of life as he knocked out Chelsea before being declined to his 1st ever Champions League medal thanks to a Sergio Ramos for the late equalizer in Champions League final in Lisbon.

However, one week before the fateful incident, the Belgian had a lot to his party as his team mates went to Barcelona and came with a glaring LA LIGA trophy to their name.

Here is the comparison of how both of them fared last season:-

While the above mentioned stats suggesting the Belgian should be number 1, it should be kept in mind that he started 37 games in League compared to 34 of Petr Cech. So even getting 3 matches short of his counter-part, Petr Cech competed very well in order to raise his stake.

Conclusion:
At 32 years of age which can be described as a golden age for the goal-keeper, Petr Cech has enough fire power in his ranks to be the number 1 goal keeper for a Chelsea side. However, with the number of signings Chelsea have made from Atletico in addition to Courtois, they will be looking to go for the Champions League medal as well. So this is the place where the Belgian might get a chance.