Aurier or Debuchy, who should Arsenal sign? Serge Aurier and Mathieu Debuchy have both been linked to be the right back for Arsenal next season.

With the timely departure of Bacary Sagna from Arsenal, Arsene Wenger is looking for a right back that could fill the boots of the Frenchman. Sagna who was on International duty with France had decided before the start of World Cup that his next destination would be the reigning Premier league Champions. After enjoying seven years at the Emirates, Sagna joined Manchester City for free after his contract expired on June 30th. Serge Aurier and Mathieu Debuchy have both been linked to be the right back for Arsenal next season. 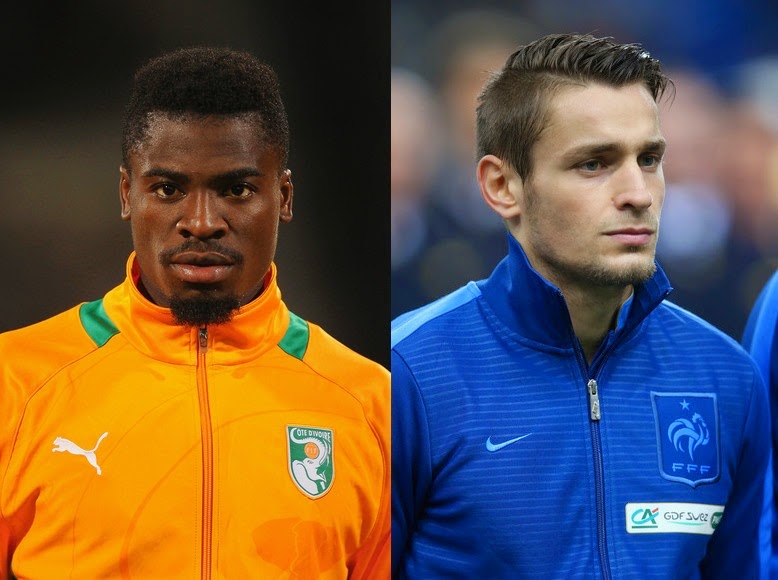 We take a look that who will be more useful for the Londoners:-

Serge Aurier:
Aurier was on top of the Arsenal wish list for some time before the start of the World Cup. However following a solid performance from the Ivory Coast left back it is understood that PSG have also joined the race for his signature. In a World Cup where Ivory Coast couldn’t make it out of the group stages, the young Toulouse right back gathered applaud from the pundits with his 2 assists against the Japanese side. While Bacary Sagna was known for his crossing, Aurier is a more attacking prospect as he likes to run between the lines and dribbles often.

As it is the law of human nature that it always want to go for one best than last time, the stats mentioned above suggests that Serge Aurier would provide a ruthless right back to Arsenal that they can unleash on the other Premier League teams. If the stats mentioned in the end doesn’t fulfill the hunger needed to put on the Arsenal shirt, one more thing that the young Ivorian has in his resume is that he was crowned the best right back in Ligue 1 last season by famous newspaper L’EQUIPE.

Mathieu Debuchy:
If twitter profiles are taken seriously, then Mathieu Debuchy is no more a Newcastle player according to his twitter world. While he was away on the duty with France National side, he favorite a tweet linking him with Arsenal. So if the hunger and passion to put on the Arsenal shirt is put forth, then the Newcastle man is looking forward to be a gunner as soon as the World Cup ends and life comes back to normal.
One more thing that Arsenal might need to worry about should they complete his signing is the age factor. While Serge Aurier is 21 years old, Debuchy is the senior citizen here as he has enjoyed 28 birthdays to date. So as far as longevity is concerned Serge Aurier should be the marquee defensive signing for Arsenal if they want to push for a title challenge next season.

Conclusion:
If Premier League experience is put aside, then the young Ivory Coast defender is leading in all aspects than the Frenchman. In addition to the skills he offers, Serge Aurier might cause no more than 10million pounds from the Arsenal cash box. But one more thing that Arsenal have to ponder upon is the race to get his signature. So if Arsenal have to get anywhere near to Aurier, they should splash the cash as early as possible to confirm his signing.