Probable Lineups: England vs Italy, England will face Italy in their opening game of the World Cup on 15th June at Arena Amazonia. see complete preview.

England and Italy, both the sides have suffered a loss, England are without Arsenal winger Theo Walcott who suffered injury in a FA cup game against Tottenham in January while Italy's skipper Riccardo Montolivo was sidelined in a friendly game against Republic of Ireland on 31st May.

Stats: "Italy have failed to win any of their last seven international fixtures." 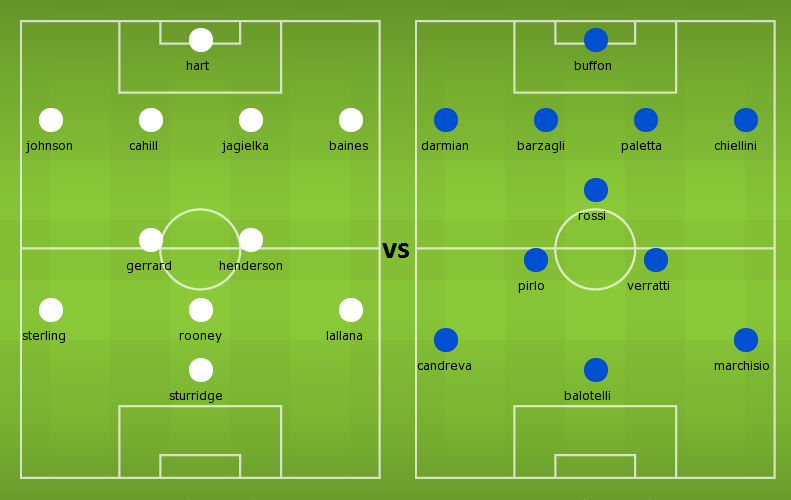 Key Player:
England: Steven Gerrard
Liverpool captain who will be playing his last international tournament is the key player of England. The 33-year-old led the list of most assists with 13 in Premier League last season.

Key Player:
Italy: Mario Balotelli
Balotelli is the first choice striker for Italy, the Italian scored 16 goals for Milan last season.
In 2014, he has netted 2 goals for Italy. The former Manchester City striker who scored three vital goals in Euro 2012 is definitely a man to watch this summer.

Prediction:
England 3-1 Italy
England will surprise everyone this time.