Possible Lineups: United States vs Germany United States and Germany will fight for the top spot today in their last group game at Arena Pernambuco.

United States and Germany will fight for the top spot today in their last group game at Arena Pernambuco.


A draw today will going to secure their places but if any of the side lose then there result will totally depend on the other fixture of the group that is between Portugal and Ghana.

Stat: USA have only won three games in the last nine matches against Germany.

TEAM NEWS:
USA striker Jozy Altidore returned from an injury against Portugal and is set to watch the game from the bench once again. While Geoff Cameron is still expected to be in the lineup despite of mistakes in the last game.

Meanwhile for Germany, Bayern Munich defender Jérôme Boateng is a doubt for this game as he suffered a little knock against Ghana. Shkodran Mustafi might be his replacement.
While Germany star midfielder Bastian Schweinsteiger will return hopefully inplace of Real Madrid player Sami Khedira. 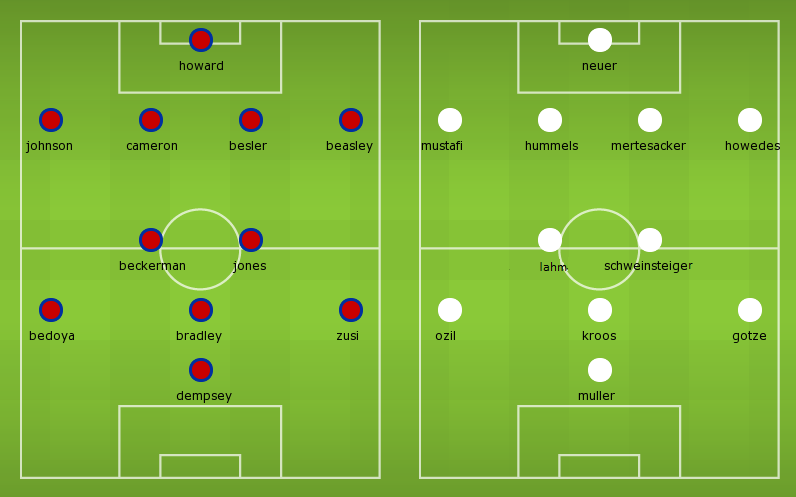 MAN TO WATCH:
Clint Dempsey (USA):
Dempsey has scored two goals so far and has displayed some decent football in the past two games. The 31-year-old who might be playing his last World Cup is the key man to watch in this match, he will probably be on the score sheet today.