Possible Lineups: Netherlands vs Chile Netherlands and Chile are ready to fight for the top place of Group B in an early game at Arena Corinthians.

Netherlands and Chile are ready to fight for the top place of Group B in an early game today at Arena Corinthians.


Both of them have secured the qualification and will be playing only for the top spot. A Draw will keep Netherlands on top of the group as they are leading on a goal difference.

STATS:
TEAM NEWS:
Manchester United star Robin van Persie will miss this game due to the two consecutive yellow cards, Klaas-Jan Huntelaar might replace him. Bruno Martins Indi is the only player injured.

For Chile, Arturo Vidal and Charles Aranguiz missed the training on Friday and are doubt for this clash. 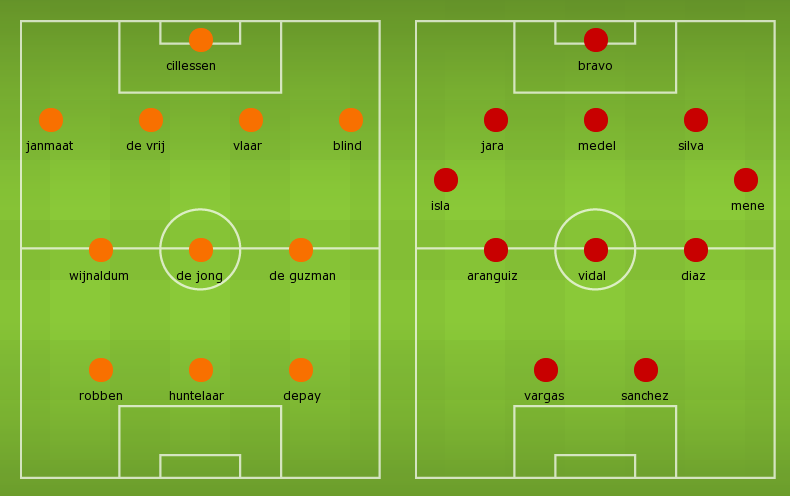 HEAD TO HEAD
This will be the second ever meeting between these two sides. The last and the first meeting was in Olympic tournament in 1928 which was won by Netherlands.

PREDICTION:
Netherlands 2-2 Chile, both the sides have been superb in their past games, a draw would be a fair result.