Possible Lineups: Italy vs Uruguay Italy and Uruguay are ready to fight for their qualification spot today in their last group game against Estadio das Dunas.

Italy and Uruguay are ready to fight for their qualification spot today in their last group game at Estadio das Dunas.


A draw will be enough for Italy to qualify for the knockout stages but a lose will cost them the World Cup. While Costa Rica are already on top with six points.

TEAM NEWS:
Marco Verratti is a doubt for today’s clash. While Ciro Immobile might start this game.

Meanwhile for Uruguay, Maximiliano Pereira has returned from a suspension but Alvaro Pereira is still a doubt because to his injury. Diego Lugano will not play because of a knee injury. 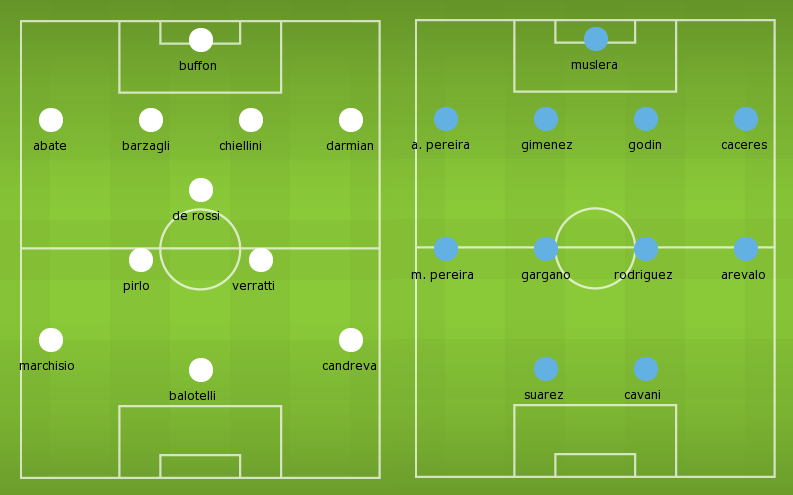 MAN TO WATCH:
Luis Suarez (Uruguay)
Suarez is today's key player to watch and will definitely excite the viewers with his feats once again. The brace he scored against England knocked the Three Lions out of the group. Suarez will have to play a vital role in front of goals again as Uruguay have to win in order to secure a place in the round of 16.