Germany will face Portugal today in the first match of Group G at Arena Fonte Nova.
This game will going to be one of the finest game in this World Cup as both the sides look stronger and better.
Germany are unbeaten in their last five competitive games while Portugal have lost only a single game. Portugal have only beaten Germany three times in the last 17 games against them.

Team News:
Good news for Portugal is that Cristiano Ronaldo has returned from his injury problems and is fit to play against Germany. The rest squad is fully fit to play.

While for Germany, goalkeeper Manuel Neuer has returned from his shoulder injury along with Skipper Philip Lahm who was also out in previous weeks. Germany coach Joachim Low has revealed that both the stars will start the game but midfielders Bastian Schweinsteiger and Sami Khedira are still a doubt. 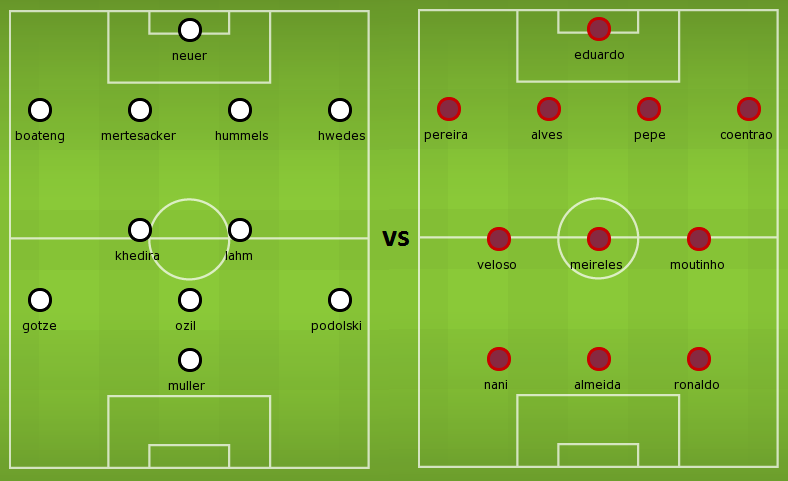 Prediction:
Germany 1-3 Portugal, I am not a Ronaldo fan but I think he will do his magic today.