Arsenal star Mesut Ozil along with Bayern Munich striker Thomas Muller will start once again in front of goals today against Algeria in the round of 16 game of the World Cup at Estadio Beira-Rio.


Algeria worked hard through the group stages to get a qualification for this stage. But now it looks like their journey might end here as they are facing the World Cup contenders Germany.
Germany might be taking them as an easy challenge but they will give the real tough time.

Stat: Germany have lost both of their last two meetings against Algeria.

TEAM NEWS:
Germany boss Joachim Löw is free from all problems, no injury worries and no suspensions. He has a fully fit squad to choose from.

Meanwhile for Algeria, skipper Madjid Bougherra who was rested in the last game will be back in action in place of Essaid Belkalem. While rest will probably be the same. 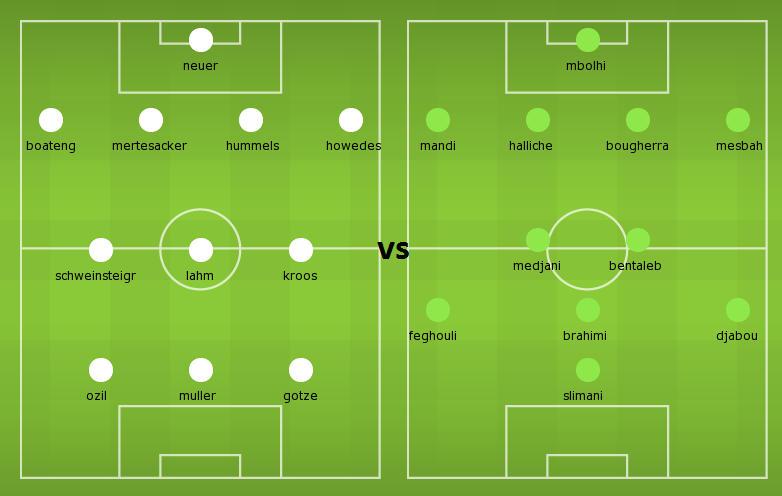 KEY MAN TO WATCH:
Thomas Muller (Germany)
Muller, the contender of the golden boot is one goal behind the top scorer James Rodriguez. The German striker has scored four goals in three games and looks set to beat Rodriguez tonight.

PREDICTION:
Germany 3-1 Algeria, Muller and Ozil on the scoresheet.