Brazil will come into action today once again as they meet Mexico in the second match of group A.

Battle to watch:
Fred vs Rafael Marquez: This will be an exciting dual between these two players, Fred who is a striker will face Mexico’s experienced center back Rafael Marquez. Fred was criticized after the last game due to the penalty he earned which was a dive, Marquez will have to be careful in the box as Fred might eye another such penalty. 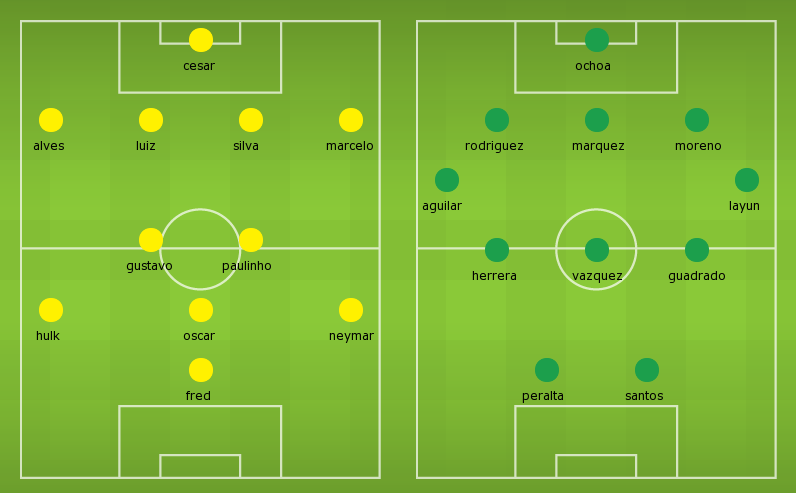 Prediction:
Brazil 4-1 Mexico
Neymar is set to score another brace but this time against Mexico.