Possible Lineups: Brazil vs Chile Alexis Sanchez is set to shine today once again along with Neymar in the first knockout game of the World Cup between Brazil and Chile.

Arsenal and Liverpool target Alexis Sanchez is set to shine today once again along with Neymar in the first knockout game of the World Cup between Brazil and Chile.


The two South American sides will go head to head for the 69th time in the history of football.

Chile has been a surprising side so far, they qualified along with Netherlands knocking out the World Champions Spain.

Stat: Chile have only won seven games out of 68 games against Brazil.

TEAM NEWS:
David Luiz is suffering a slight knock in his back but is expected to start today. While Fernandinho will hopefully be in the starting lineup inplace of Paulinho.

Meanwhile, Arturo Vidal will return to first team after being rested in the last game while Gary Medel is doubtful for this clash due to his muscle strain. 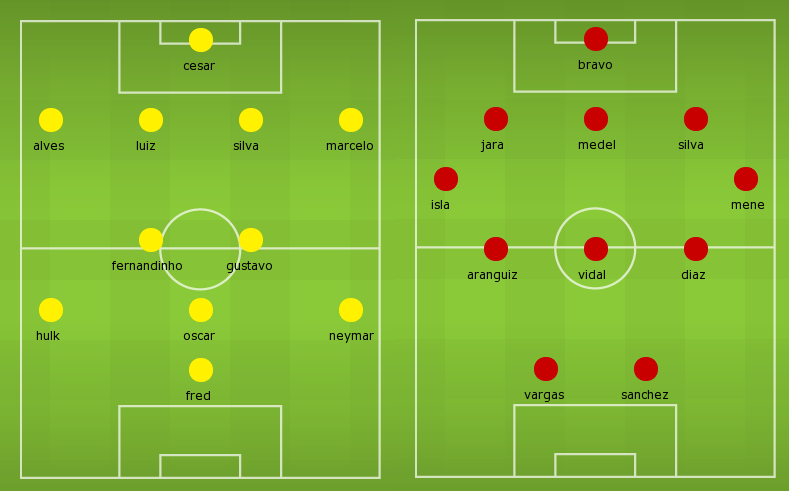 KEY MAN:
Neymar (Brazil)
Neymar has been in exceptional form, carrying the burden of Brazil on his shoulders. So far he has scored 4 goals in 3 games. A joint top scorer along with Lionel Messi and Thomas Muller.

Sanchez (Chile)
One of the threatening players of Chile who can easily cut off the defence of Brazil. Sanchez has scored and set up a goal so far in this World Cup.