Arsenal have been targeting Swansea City striker Wilfried Bony and AC Milan striker Mario Balotelli but have not reached any conclusion. 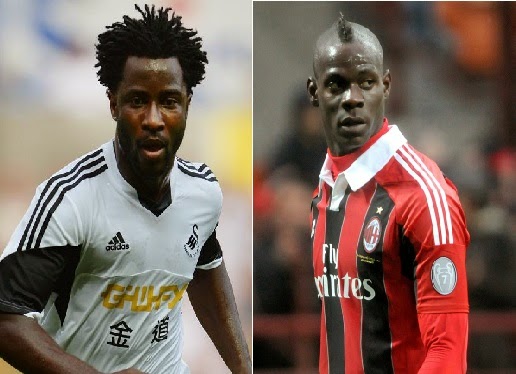 Arsenal first transfer this summer might be of a striker as they lacked in front of goals last season. Olivier Giroud and Yaya Sanoga are the only strikers present at Emirates. Theo Walcott and Lukas Podolski can also be used as a striker but they play better at the sides.

Here is the comparison
Bony’s qualities: