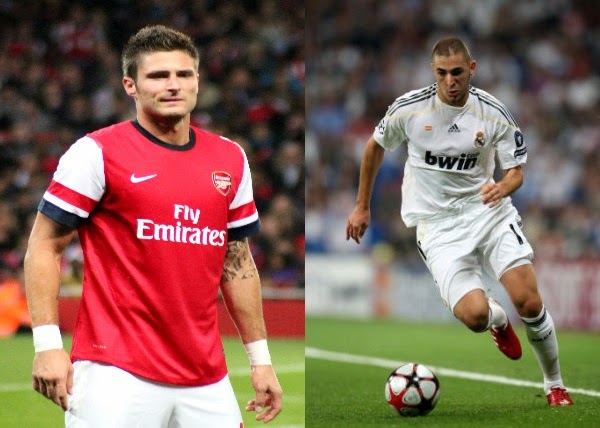 Benzema and Giroud both had an excellent 2013-2104 season, their impressive performances has given them a World Cup spot.

Here is a head to head comparison:
Benzema is an influential player, his presence is very important for a team. While for Giroud, he lacks such quality.

Key passes, through balls and finishing qualities can be found in both. But few qualities are there which are not present in both of them.

Giroud: Defensive contribution, strong in air, likes to set up lay off and has the quality to avoid offside trap.

Lets see who is a better striker from last season’s stats.

Do you think if Arsenal sign Benzema then Giroud will become a bench player?
Have your say below.