Premier League outfit Manchester United are also keeping tabs on Atletico Madrid star Koke who has a release clause £48 million according to his contract. 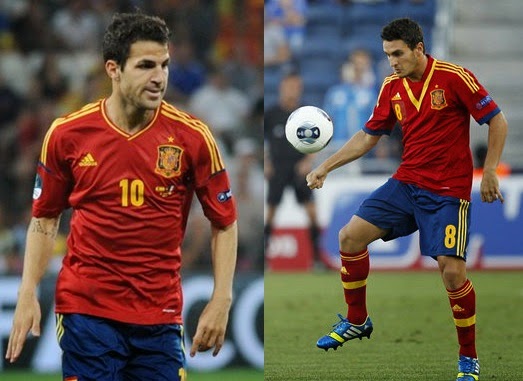 Manchester United are targeting Koke and might sign him if they fail to land former Gunner star Cesc Fabregas from Barcelona.

According to the Independent, United are close in agreeing a £48 million deal with the La Liga champions Atletico Madrid.

Fabregas Vs Koke
Fabregas is an experienced player but he might not sign for any other English team except Arsenal whereas Koke is young talented but will cost more than Fabregas.

Below is the stats comparison of last season.

Both the Spaniard will be playing the coming World Cup this month. It will be the first World Cup for Koke, while Fabregas has already won it in 2010.

Which will be a better signing?
Fabregas or Koke?