Player Comparasion: Mandzukic or Balotelli. find out here detailed stats compassion and game of style of these two talents.

Arsenal have been in search for a striker since the end of the last season but have not concluded any deal yet. 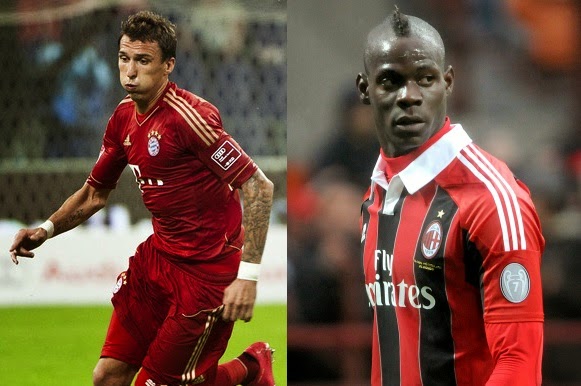 Balotelli who scored the winner for Italy against England last night is on top of Arsene Wenger transfer list, while Croatian striker Mandzukic is also being eyed by Wenger but has not shown any serious interest in the 28-year-old forward.

Balotelli's only problem is of discipline and may be because of it Wenger might not prefer him while for Mandzukic, he is 28-year-old and have only 2-3 years left which is a negative point for Wenger.

While other strikers linked with Arsenal in the past recent weeks are Real Madrid duo Karim Benzema and Alvaro Morata, Swansea City's Wilfried Bony and Porto's Jackson Martinez.

Arsenal fans, which striker is better?
Have your say below.