USA will face Portugal in their second game of the World Cup in a late game tonight at Arena Amazonia.


USA are in lead with three points and a win against Portugal will book their place in the knockout stages of the World Cup.

Stats: Both have won two and have scored five in the past five meetings.

On the other hand, yesterday Ghana drew 2-2 against Germany.

TEAM NEWS:
Sunderland striker Jozy Altidore is unavailable due to a hamstring injury for USA.

While for Portugal, defender Pepe has to suffer his suspension, Ricardo Costa will probably take his place. Fellow defender Fabio Coentrao is out of the World Cup due to the groin injury he suffered against Germany. While star player Cristiano Ronaldo still has a knee injury but he will start the game surely to keep his country in this tournament. 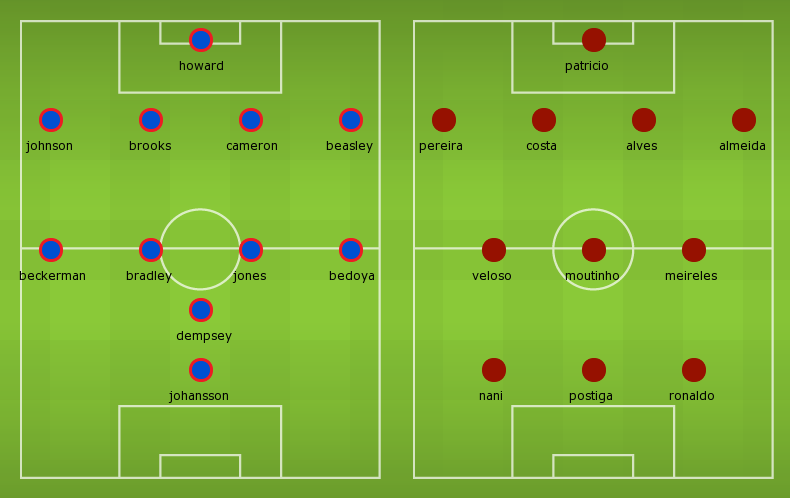 MAN TO WATCH:
Cristiano Ronaldo (Portugal)
Ronaldo is the man to watch without a doubt despite of his last game performance. Ronaldo has carried the whole burden throughout the qualifying stages and will try to do the same duty tonight against USA.