Rodriguez and Hazard both are talented footballers without a doubt but which one is better? Find out here. See full detailed stats.

James Rodriguez and Eden Hazard, both are talented footballers without a doubt but who is better? 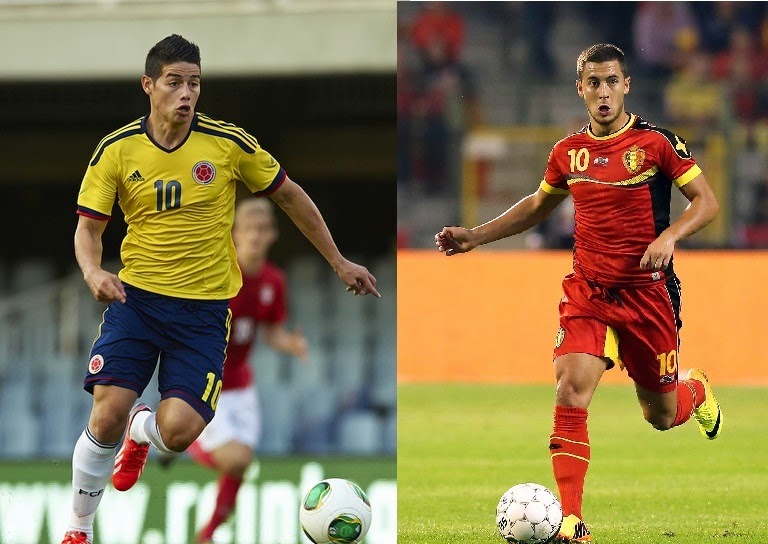 Rodriguez who has impressed at the club level is also doing great for Colombia in the World Cup. So far he is the top scorer with five goals. He has scored in every game and has taken Colombia to the quarter final where they will play Brazil.

While Hazard has proved his worth in the past seasons at Chelsea but failed to fulfill the expectations of the fans in the group stages of the World Cup.

QUALITIES:
Rodriguez: Strong in key passes, through balls, finishing, and a good ball control but lacks in air.

Below is the stats comparison.

From the stats it is clearly visible that Eden Hazard is far better than James Rodriguez but only at club level. This summer Rodriguez has beaten Hazard as he took Colombia to the Quarter Final.

Who is better for you?
Have your say below.