Today, Liverpool will play Newcastle United at Anfield in the final fixture of 2013-2014 Premier League season.

A win for Liverpool will not decide the league title as they are totally dependent on Manchester City who just need a point to lift the Premier League title.

While Newcastle United can only maintain their ninth place by winning at Anfield as they have a six point difference from the 8th placed side Southampton.

Stats: Liverpool have earned 8 points out of 15 in the last five games against Newcastle United.

Team News:
Jordan Henderson is back from his three game suspension and will probably be in the starting eleven. While there are no new injury worries for Liverpool boss Brenden Rodgers except of long terms defenders Sebastián Coate and José Enrique.

For Newcastle United, Papiss Cissé who suffered a fractured kneecap against Swansea City on 19th April is out for atleast four months.
Ryan Taylor and Sammy Ameobi both are sidelined along with Davide Santon who is out due to hamstring injury. 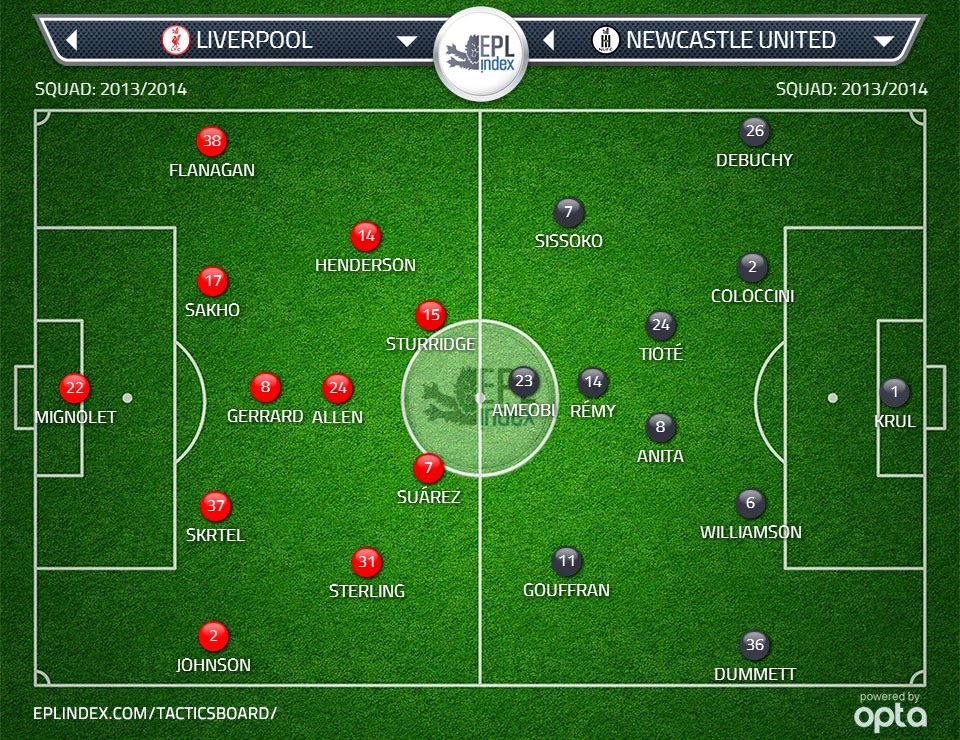 Prediction:
I am going for a 4-1 win to Liverpool.