Today one of the most exciting fixtures will be played between Everton and Manchester City at Goodison Park.. Possible Lineups, Stat of the game, Team News and form guide.

Today one of the most exciting match will be played between Everton and Manchester City at Goodison Park.


Everton are the last hope of majority of Liverpool fans that they can stop City from the title, while Everton are also in hopes to get the Champions League spot which seems to be difficult now as Arsenal just need three points to secure their fourth spot.
For the away side Manchester City, they have to win all the three games to win the Premier League title, even a draw can cost them the title.

Stat of the game: Everton have won last four games against City at home, scoring seven and conceding only one.

Team News:
Good news for the home fans that skipper Phil Jagielka has returned from his hamstring injury after 10 weeks. While his fellow defender Sylvain Distin is a doubt due to the same injury.
Everton will be without Steven Pienaar (knee problems) and on loan midfielder Gareth Barry who is ineligible to play against his parent club.

While for Manchester City, Jesus Navas remains sidelined with his ankle injury but David Silva is back in training and will be starting against Everton. Center back Matija Nastasic has returned to training but is not yet match fit. 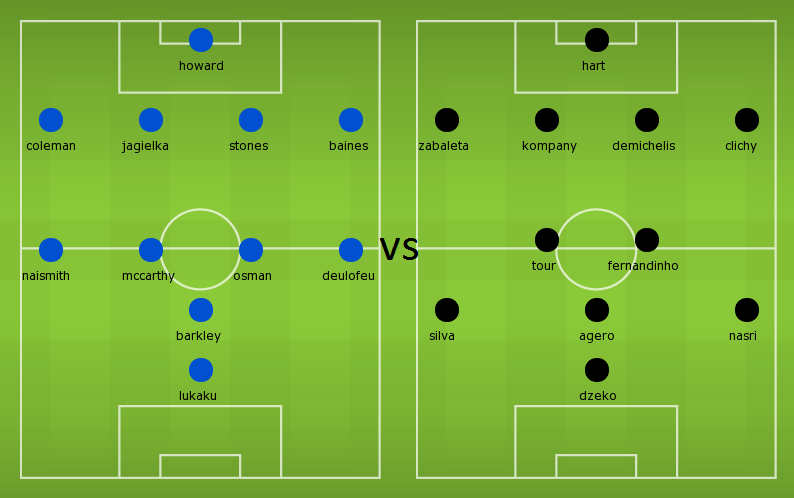