Arsenal have secured the Champion League spot as yesterday Everton lost to Manchester City. Arsenal last games are just free of pressure as they can’t move up now. While West Brom who are on 16th place in the Premier League just need three points in their remaining three games to secure themselves from the relegation zone.

Find football gears here.
Stat: Arsenal have a record of scoring in all 15 previous meetings with West Brom Baggies in the Premier League.

Team News:
Arsenal left back Kieran has returned from his hamstring injury according to Arsene Wenger but right back Bacary Sagna who has a knee injury is still doubtful.
Midfielder Abou Diaby has also returned from his injury but still not match fit, while Serge Gnabry, Jack Wilshere all remain sidelined along with Theo Walcott.

For the away side West Brom, they are without any new injury worries.
Defender Gareth McAuley has recovered from his calf injury but still he will not play against Arsenal as he is not match fit yet. The Baggies will be without Midfielder Zoltan Gera and defender Liam Ridgewell who both are out due to hamstring and knee injury, respectively. 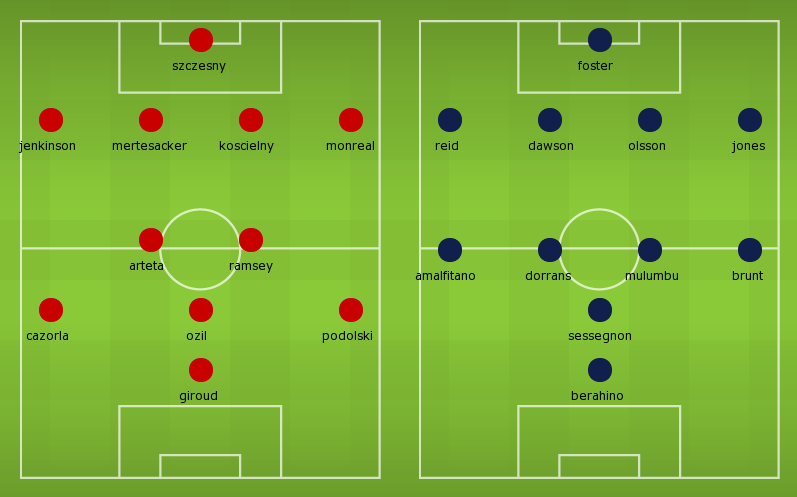