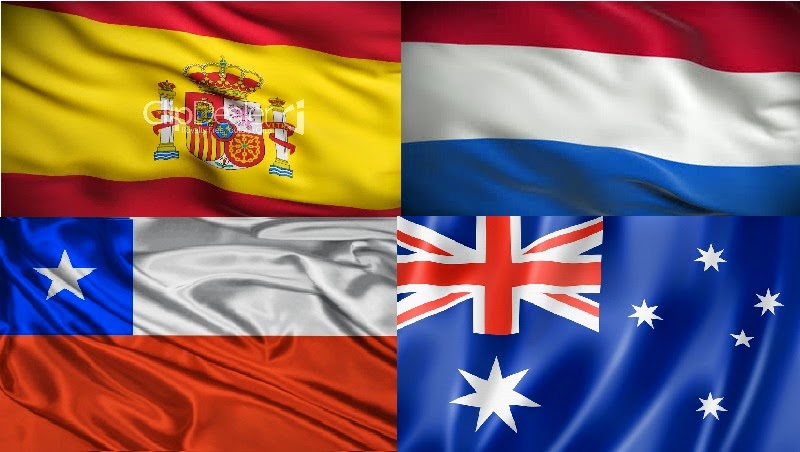 SPAIN----
The Defending Champions, I suppose this is enough to describe the strength of the team. The Spanish team holds the record of winning 2 Euros (2008, 2012) and the World Cup (2010) in 4 years. It is almost an impossible feat to achieve. Spain has got a team to win the World Cup once again and become one of the very few teams to win a World Cup 2 times consecutively. Only Brazil and Italy can proudly claim that success. This Spanish team is considered as one of the best national sides ever.

Five players who will be playing their last World Cup

It would be tough for Spain to top the group as they have 2010 World Cup finalists Netherlands in the same group; The Dutch team would be eyeing on a revenge. The group draw was tough for all the teams in this group. Spain will have to be in their very best form to top the group. Unless Spain has an unexpected disappointing form, we should expect Spain to qualify in the next stage easily.

Recent friendly matches suggest Del Bosque’s side is  struggling to rediscover their rhythm ahead of next month’s tournament. A narrow 2-1 win over Equatorial Guinea was followed by defeat to South Africa before the Spaniards edged past Italy 1-0 in Diego Costa’s first appearance up front. Last year’s 3-0 Confederations Cup Final defeat at the hands of Brazil perhaps hinted that some of Del Bosque’s ageing squad could struggle in the conditions but the manager is likely to stay true to his tried and trusted regulars.

Spain should not have problems in the back. Iker Casillas has already been acclaimed as one of the best goalkeepers of all time. With  Alvaro Arbeloa retiring from national football, Chelsea’s  Cesar Azpilicueta is most likely to take over the right-back position. Sergio Ramos had a great season with Real Madrid, proving to be a great wall and scored some important goals in the most crucial moments with his incredible aerial abilities. Though Gerard Pique and Jordi Alaba did not have one of their best seasons with Barcelona, there is no reason why we should doubt the abilities of these world class players.

In the centre, Sergio Busquets offers little in the way of going forward and his appeal is limited to those games which reward defensive contributions. Xavi, Andres Iniesta and Xabi Alonso will surely continue as mainstays in Del Bosque’s XI. Spain’s forward is not that strong on paper. Diego Costa has been a game-changing player for Atletico Madrid, he didn’t make many appearances for Spain though. Cesc Fabregas, Juan Mata and David Silva’s skills would be a good entertainment for football fans.

Playing all the star players in one team would result in a tough competition amongst the players to be chosen in the starting XI.

Spain would have huge expectations from their fans and might as well live up to it. Spain can be expected to show us some magical passing football like they always does. They have all that is required for a team to emerge as the champions of the World.