Bayern Munich have already won the Bundesliga title and now they are looking to make a history by becoming the first club to win a Champions league title in consecutive years.

United who have struggled in the Premier League this season under new boss David Moyes will be hoping to get a win atleast at home so that they can have more chances of the semi final.

Team News:
Host United will be without their striker Robin van Persie who suffered knee injury in the last Champions League game against Olympiakos in which he scored all the three goals and gave United a vital win to reach the quarter final.

David Moyes will also have to face defensive problems as Chris Smalling, Jonny Evans and Antonio Valencia all are doubt for the game. While Patrice Evra have to suffer a suspension and Juan Mata is ineligible as he has already played in Champions League with Chelsea earlier this season.

Meanwhile, Manager Pep Guardiola rested several key players in the last league game against Hoffenheim which ended as 3-3. Thiago Alcantara is the only player who is injured while Dante has to suffer suspension. 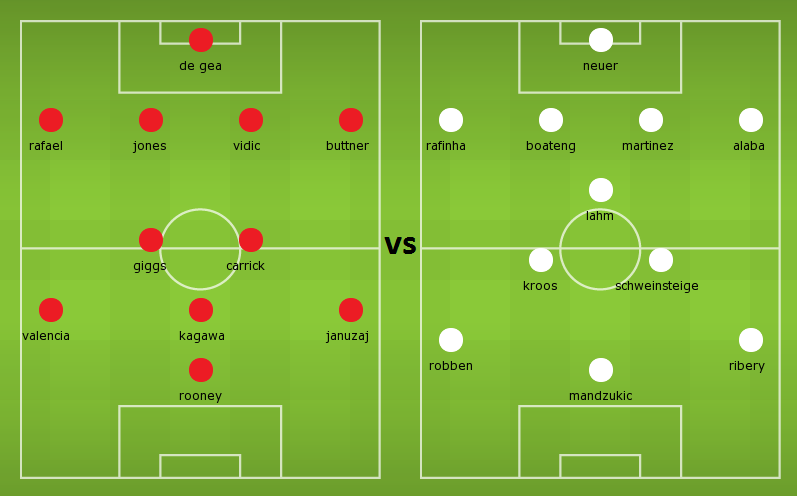