Liverpool who have not won Premier League since 1990 have a big advantage of their home ground, the fans will have to play a vital role for their victory today. While a draw will be a good result for City who also have two games in hand. Liverpool win will definitely make them close to the trophy but they also have to play Chelsea at Anfield, which will also be an important game. For City, the only side that can give tough time is Everton.

Stat: LFC(90) and City(84) are the two highest scorers in PremierLeague this season.

Team News:
Liverpool vice-captain Daniel Agger returns to the squad after missing last game against West Ham and will hopefully start inplace of Mamadou Sakho.
While Jose Enrique remains sidelined due to his knee problems.

While for the away side, Sergio Aguero has returned from hamstring injury and might be on the bench. Center back Matija Nastasic is the only player who is out due to knee injury. 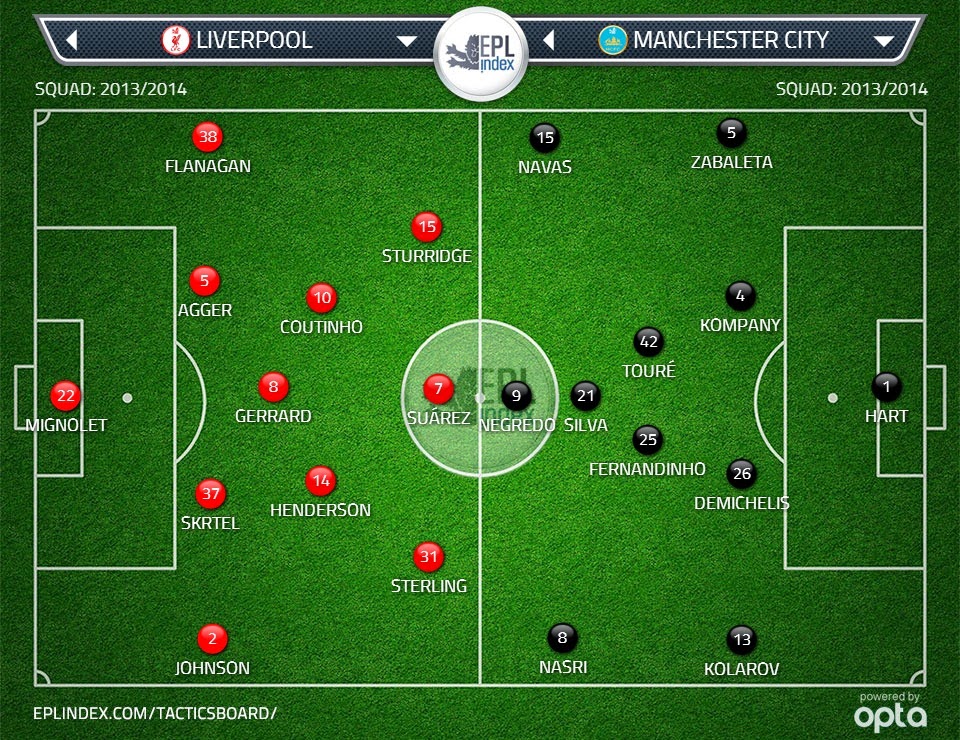