Hull City will host Arsenal tomorrow in the 35th gameweek of Barclays Premier League.
Both the sides have qualified for the FA Cup final and this match will be like a warm match, they will play the Final at Wembley Stadium on 17 May, 2014.

Arsenal are on 4th place and if they win all the remaining fixtures then they will be playing Champions League next season, dropping points might cost them the 4th spot. While Hull City are on 12th place and a win will make them move one position up in the League table.

Team News:
Hull strikers Nikica Jelavic and Shane Long will hopefully be starting against Arsenal but Robbie Brady, Paul McShane and Allan McGregor are all sidelined due to different injuries.

Meanwhile for Arsenal, their record signing Mesut Özil might return after recovering from hamstring injury which he suffered against Bayern Munich in Champions League fixture last month.
French midfielder Mathieu Flamini will be able to play this game after suffering two game suspension while left back Nacho Monreal and midfielder Jack Wilshere are doubt for this clash.
Full back Kieran Gibbs is out alongside Serge Gnabry, Rio Miyaichi, Theo Walcott and Abou Diaby. 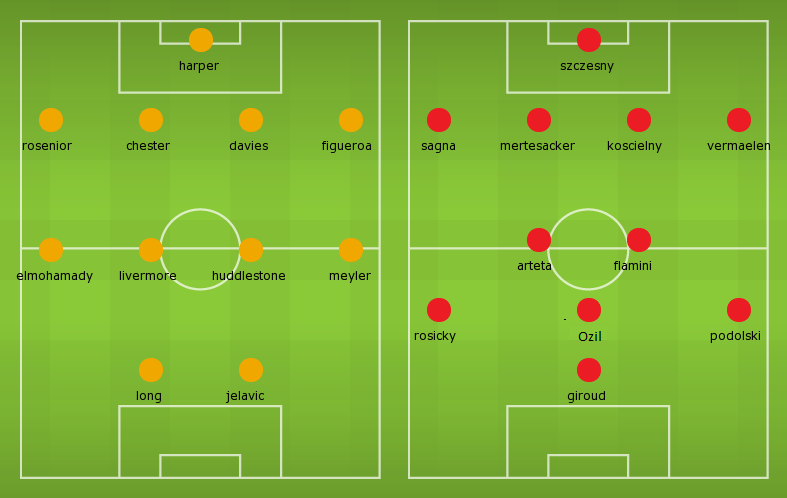