Everton are looking for a Champions League spot while United are hoping to get the Europa League.
Everton won 1-0 against United at Old Trafford last year.

Stat: Everton have made a club record by reaching the 66 figure first time in the Premier League.

Team News:
James McCarthy has returned from a muscular injury while John Stones will once again start inplace of Phil Jagielka who is a doubt due to hamstring injury. Midfielders Darron Gibson and Steven Pienaar will miss this clash due to knee injury.

Meanwhile for Manchester United, former Everton striker Wayne Rooney has recovered from a toe injury and possibly be in the starting eleven today.

Former Everton midfielder Marouane Fellaini is ready to play after suffering from a calf injury few weeks ago.

Dutch striker Robin van Persie and Brazilian full back Rafael will be unavailable due to knee and thigh injuries. 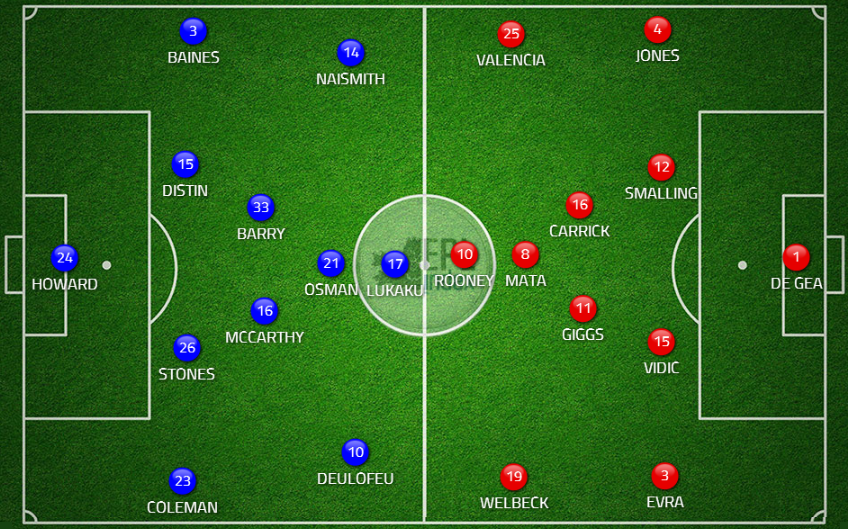 In the last five games both have secured equal points, two win for both and a draw.
Prediction:
Everton 2-2 Man United