Everton will host Arsenal in the 33rd gameweek  of Barclays Premier League today in an early kick off.

The match will be a tough one as both are looking for a Champions League. Everton are four points behind Arsenal and have a game in hand which means a win today at Goodison will make their chances more for the fourth spot. While for Arsenal, they can just maintain their 4th place as the above teams have a big point difference with the Gunners.

Teams News:
Everton skipper Phil Jagielka will miss this clash due to hamstring injury while Steven Pienaar who has missed four games will also miss Arsenal visit to Goodison due to his knee problems. Ross Barkley is a doubt for the game.

Good news for Arsenal is that their star midfielder Aaron Ramsey has returned from his thigh injury and will play for the first time this year. Nacho Monreal will be available but Kieran Gibbs is doubtful. Defender Laurent Koscielny, Mesut Özil, Jack Wilshere, Abou Diaby and Theo Walcott all remain sidelined. 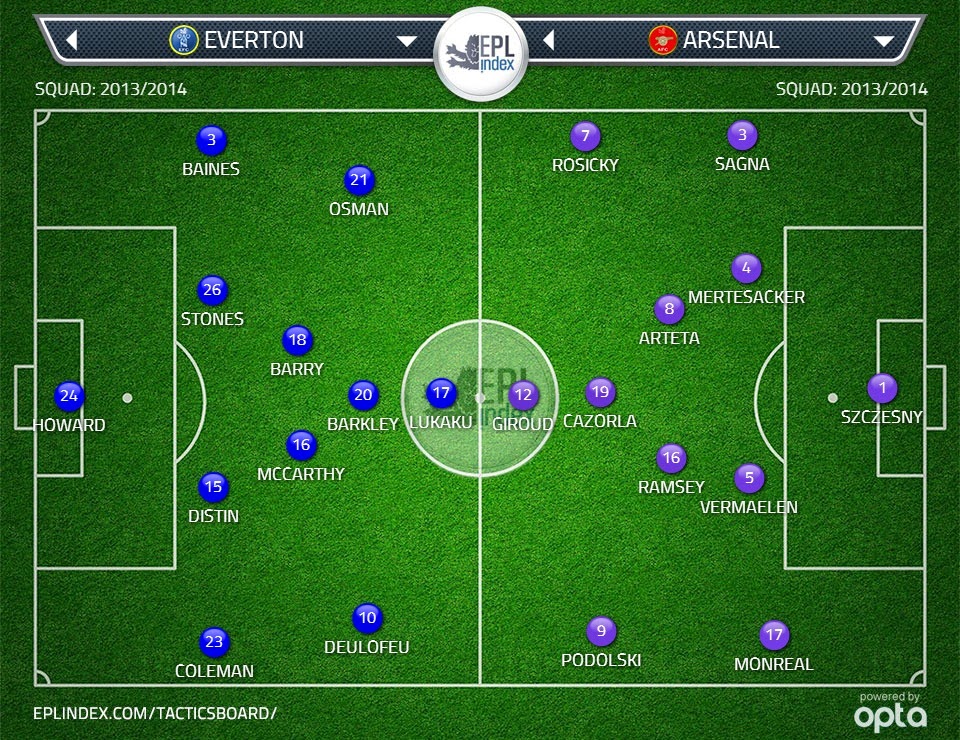 Stat: “Everton’s 60 points is their best ever return after 31 Premier League games.”