Atletico are now close in lifting their Spanish League title after 18 years.

While on the hand, after Chelsea's defeat against Sunderland last weekend, they seem to be out of the title race as now they need to win every game plus need Manchester City to atleast draw a game.

Team News:
For home side, their midfielder Arda Turan is ready to face Chelsea after missing few games due to groin injury.

Meanwhile, Chelsea will be without their star player Eden Hazard who suffered a calf injury in the second leg of Champions league quarter final against Paris Saints Germain. While, Ashely Cole will probably be replacing Branislav Ivanovic who will miss this game due to suspension. Eto'o will also miss due to knee injury 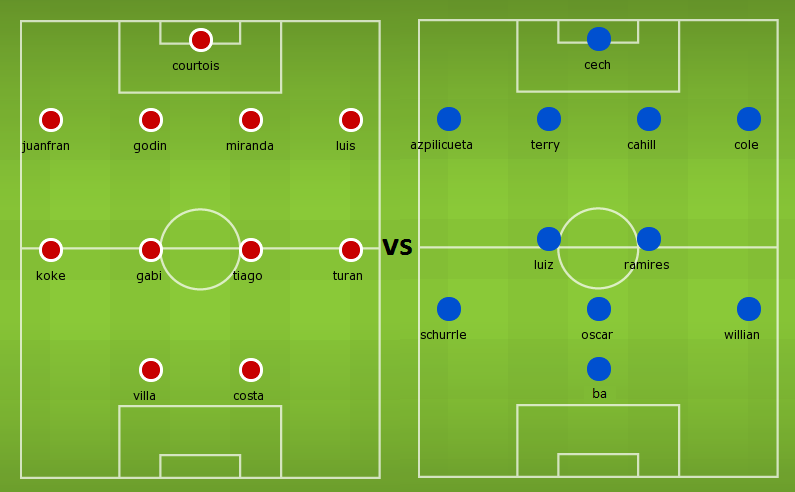