Arsenal manager Arsene Wenger has to win this game in order to give some relief to the Arsenal fans who are desperate to see Arsenal lifting a trophy after eight years. A lose will cost Wenger as majority of Arsenal fans are in favour of a new manager for the next season. While Wigan will not be an easy team as they came in semi finals by beating Manchester City.

Wigan have met Arsenal twenty times but have only won three of them.

Team News:
For Wigan, Scott Carson who started against Manchester City in the quarter final will be back in action for Wigan.

While Ben Watson is out with leg injury, Roger Espinoza has Hernia and Chris McCann will miss due to knee problem.

Loanees Josh McEachran, Nicky Maynard, Jack Collison and Nick Powell are all eligible to play but Martyn Waghorn, Ryan Tunnicliffe  and Rob Kiernan all are cup-tied.

While for Arsenal Walcott, Mesut Ozil, Abou Diaby and Laurant Koscielny all remain sidelined due to injuries and Mathieu Flamini has to suffer his suspension.

A good news is that Aaron Ramsey will hopefully be back in action while Alex Oxlade-Chamberlain is a doubt. 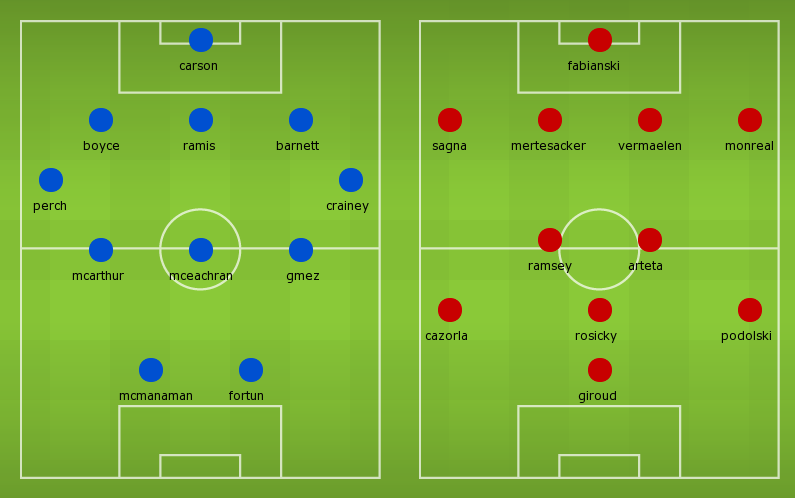