Latest transfer news: Arsenal, Chelsea and Liverpool. Arsenal linked with a 20-year-old striker, Edinson Cavani could be on his way to Stamford Bridge and Liverpool planning to bring Spurs midfielder.

Arsenal linked with a 20-year-old striker
It is reported that Arsenal are in talks with the Belgian club Standard Liege for their young striker Michy Batshuayi who has scored 36 goals in 87 games for the Belgian side since 2011.

Arsenal striking problem continues and their first priority in this summer window will be of a striker. Arsenal have already been linked with Nuremberg striker Josip Drmic, and rumours also saying that Atletico Madrid star Diego Costa who yesterday scored a long range shot against Barcelona in Champions League is also in Arsene Wenger wishlist.

And according to Metro it is also reported that Arsenal are also cinsidering a £30 million move for Schalke 20 year-old star Julian Draxler.

Liverpool planning to bring Spurs midfielder
Liverpool are ready to take an advantage of Spurs position by bringing Paulinho to Anfield. Tottenham spent £17 million on him last summer. 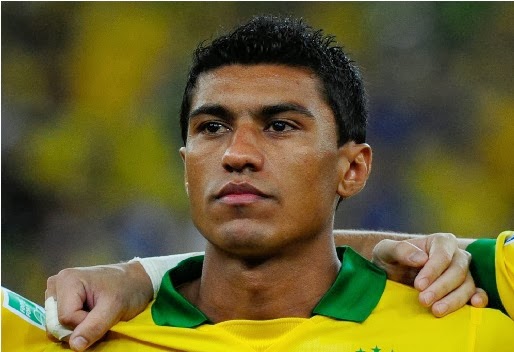 The Brazilian is struggling to get his place under new boss Tim Sherwood who is giving more importance to Nabil Bentaleb.

Edinson Cavani could be on his way to Stamford Bridge
Paris Saints Germain striker Cavani who was bought for £53 million last summer might be leaving the French side as Chelsea look interested in his services. Chelsea were also interested in him but failed to pay more than PSG last summer.

Cavani told mirror, “Yes, Chelsea were interested but PSG showed a real confidence and a real determination to include me in their project.”

The Uruguayan has scored 21 in for PSG in all competitions.