Chelsea vs PSG, Who will win?

The first leg was won By PSG by 3 goal to one. Chelsea must win this game atleast by 2-0 in order to make it 3-3 and qualify for the next round with the help of an away goal.

Team News:
John Obi Mikel will miss this clash due to injury while Brazilian midfielder Ramires will have to suffer suspension. Samuel Eto'o, 33, who missed last three games due to hamstring injury might return to action tonight with his teammate André Schurrle who is also doubtful for this clash.

While for the away side, only their striker Zlatan Ibrahimovic is out due to hamstring injury which he suffered in the first leg against Chelsea. 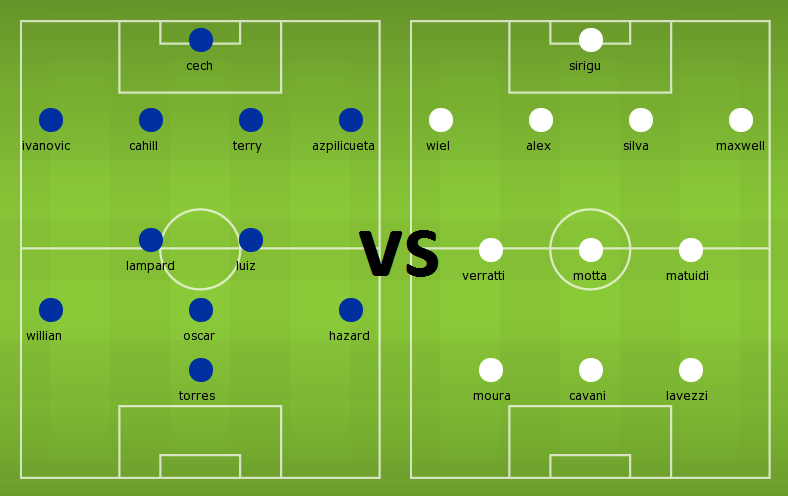