Arsenal should consider Hamburg striker rather than Drmić (No April fool)

Arsenal should buy Bundesliga striker rather than Drmić. see all stats between Drmić and Lasogga.

Arsenal are having problems in front of goal this season as they have only one experienced striker Olivier Giorud. If Giroud gets injured then Asrenal will have to play either French young player Yaya Sanoga or Lukas Podolski. Arsenal first preference should be a striker this summer. 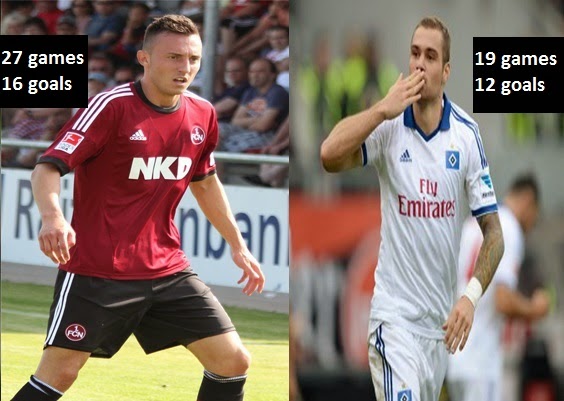 It was reported few days ago that Arsenal are close in agreeing with the Nuremberg striker Josip Drmic. Arsenal boss Arsene Wenger should also consider Hamburg’s striker Pierre-Michel Lasogga also who has scored 11 goals in 17 games for the German side.

Currently The Gunner boss Wenger is looking for Josip Drmic who has already netted 16 goals this season. But by comparing the stats of both of the talents you would see that Lasogga is a better option.

The only negative point in the Hamburg striker is of injuries that he gets injured too much but Arsenal have already experienced such type of player Robin van Persie.

Former Germany Striker Uwe Seeler said about Lasogga that he is “like the fox in the chicken house”. That what Arsene needed.

I saw everyone was making others fool but I thought why not to give good news.
No April fool from my side J
Visit and stay updated!