Arsenal seal their first summer signing, Pogba can return to Manchester United and Chelsea to fight United for Luke Shaw. 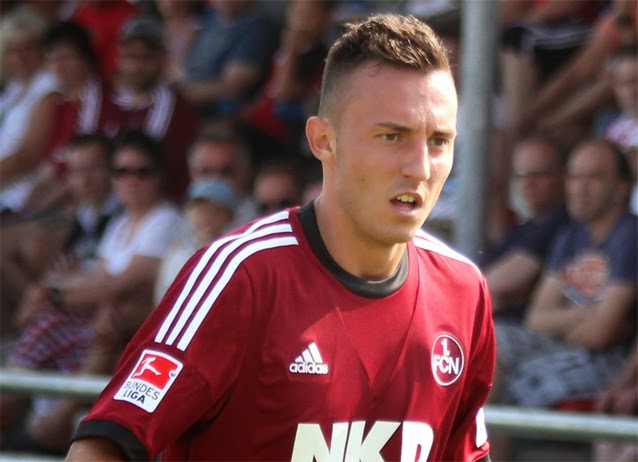 Arsenal seal their first summer signing
Arsenal have agreed to sign Nuremberg striker Josip Drmic at the end of the season according to Sky Germany.
The 21-year-old has scored 15 goals in 26 games in Bundesliga this season. Metro have also claimed that he will be on his way to the london side.
The hint is that Drmic’s wife is looking for an apartment in London that clearly means that the player will soon be a Gunner.

Pogba might return to Manchester United
Reports have suggested that United doors are open for Paul Pogba, he can leave Juventus to join his former club who are struggling this season. Pogba agent has said that he will listen to any offers and can move away from Italy.
Paul Pogba played only seven games in 2011-2012 season for Manchester United and for Juventus he has been a regular for the past two seasons.

Chelsea to fight United for Luke Shaw
Southampton left back Luke Shaw is close in agreeing a deal with Manchester United. Chelsea boss Jose Mourinho thought they are leading the race for the England international but now according to news United will wrap it up for £27million.
Mourinho was eyeing him as a long term replacement of Ashley Cole but now it looks like he will be replacing Patrice Evra.