Do you think Arsenal are still in the title race?

Arsenal are in difficult situation currently having lost many points in the past games and now six points behind Chelsea. Here is the full detail.

After a 2-2 draw on last tuesday against Swansea City at home Arsenal are now six points behind the league titles Chelsea while Manchester City who won 3-0 on the same day at Old Trafford have two games in hand if they win both then they will be leading Arsenal with a point difference of nine which makes the situation very difficult for Arsenal as they have challenging fixtures in the remaining Premier League season. 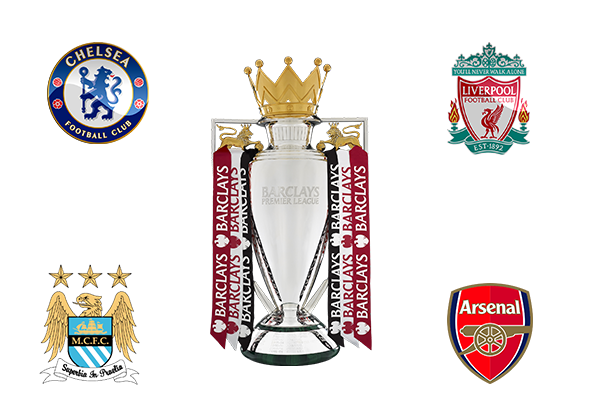 Arsenal remained on the top for a long time this season but the 5-1 disastrous loss against Liverpool in February gave first spot to Chelsea, just like Liverpool who were enjoying the top place at the Boxing Day and after that they lost to City and Chelsea and fell to 4th position.


Arsenal last games in Premier League
Arsenal only got 7 points out of 15 in the below mentioned games. A disastrous loss against the current toppers Chelsea at Stamford Bridge took their goal difference to 19.

You can see in the Premier Table here.

Injury problems might be the reason of such results, Mesut Ozil, Aaron Ramsey and Jack Wilshere all star players missed the last few games due to different injuries.

Arsenal upcoming fixtures in Premier League
The below five are the upcoming fixtures and out of which two are from the top 5 sides, first City this week then Everton. Arsenal have to win all the games while rest depends on City, Chelsea and Liverpool.

Maximum points City can get are 93 and Arsenal can make only 84, so City have to lose atleast 10 points for Arsenal.

While my personal view is Arsenal will get third/fourth spot as City and Chelsea both will not going to lose such points easily.

The following fixtures will decide who will win the title this season.
Liverpool have a big advantage as they will face all of them at Anfield.

Who will win the league?