We all know that Arsenal is one of the biggest club in the World and they have produced many great players for many different positions. I have already published articles on defenders and strikers, this time it is about midfielders. 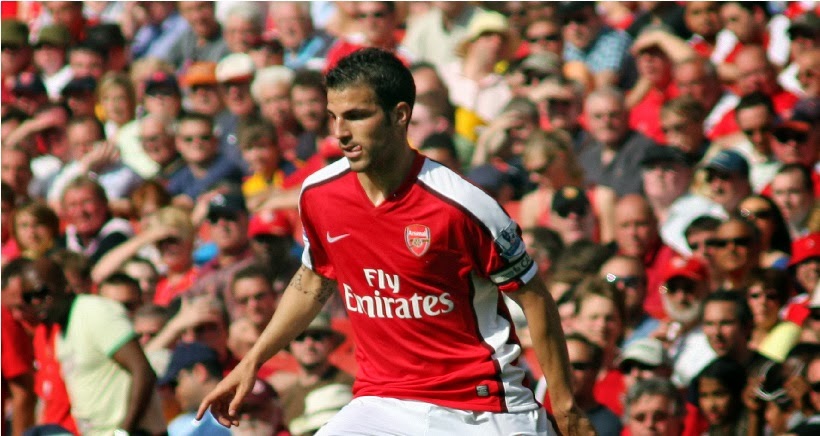 Here are the top five midfielders of Arsenal.

5. Cesc Fabregas (2003-2011)
In 2003, Arsenal signed a wonder kid who later became the captain of Arsenal. Fabregas became the youngest player ever to play for the Gunners in a FA Cup match in 2003, he was just 16-year-old that time. He played eight seasons in which he made more than 300 appearances for them. In 2011, he decided to return to his childhood club Barcelona.

4. Fredrik Ljungberg (1998-2007)
Ljungberg joined Arsenal in 1998 from Swedish side Halmstad. Arsenal paid £3 million for him. The 36-year-old played 336 games for the Gunners in his nine years of stay. Ljungberg was the part of the invincible squad.

3. Robert Pires (2000-2006)
Another invincible in this list who was one of the best Arsenal player. His ability of cutting in to take a shot or to put a cross made him one of the best winger of his time. He played 284 games in his six years of spell in London.

2. Liam Brady (1973–1980)
Brady is the most senior player present in this list. The 58-year-old had all the abilities like powerful shots, passing, speed and leadership, these made him the complete midfielder. He made a debut for Arsenal when he was only 17. He scored 43 goals in 235 games for Arsenal in Premier League.

1. Patrick Vieira (1996-2005)
Vieira played for many different and big clubs AC Milan, Juventus and Inter Milan but his time at Arsenal was the most important as he was the part of that squad which made history by winning Premier League without losing a single game. The 37-year-old played more than 300 games for Arsenal.
The Frenchman is currently managing the reserves of Manchester City.

Do you agree?
Have your say by commenting below.