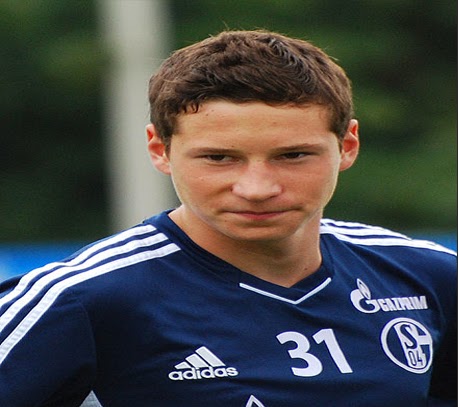 Arsenal are still hopeful that they will land the 20-year-old, whose buy-out clause is around to be £40 million. Draxler signed a five year contract last summer, he still has four years left.

Arsenal manager Arsene manager confirmed after a 2-2 draw with Southampton that he might bring new faces in the last two days.

Wenger answered when he was asked regarding the reinforcement, “I hope we have something to tell you because we lost a few players now."

Clemens Tonnies, chairman of Schalke has forced Julian Draxler to stay at Veltins-Arena. He told to Bild "I am of the opinion he should also be with us next season,"

Tonnies advised his player that he can play his best football at Schalke without any pressure.

"He is very much in good hands playing for Schalke 04. My general advice for everyone would be to stop making Julian mad."

Tonnies further added that they will not sell Draxler if they fail to qualify for Champions League this term.

"Our financial plans are not based on taking part in that competition. We could still sleep easy."

Julian Draxler has made 24 appearances with 5 goals and 6 assists this season and has capped 10 times for his country Germany.