Top midfielders to watch in the World Cup

World Cup 2014 Brazil: Top midfielders to watch in the World Cup. All types of midfielder. Find out here. 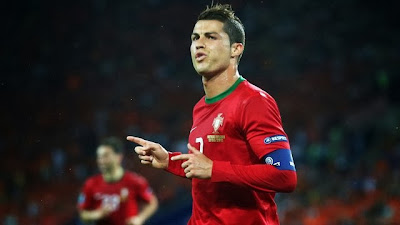 Cristiano Ronaldo - Real Madrid and Portugal
Ronaldo continues to shine with both club and country, he is top scorer in La Liga this season.

Andres Iniesta - Barcelona and Spain
He has superior field vision and technique which makes him one of the best playmaker in the world.

Franck Ribery - Bayern Munich and France
Ribery is 30-year-old but still he is a very quick and effective left winger.

Bastian Schweinsteiger - Bayern Munich and Germany
The versatile midfielder who made his international debut in 2004 made 100th cap for Germany on 15th October, 2013.

Thomas Muller - Bayern Munich and Germany
Another Bayern Munich player, Muller has a good quality, he can play on both position that is attacking midfielder and forward.

David Silva - Manchester City and Spain
Manchester City’s playmaker is the one of the most creative player in English Premier League, his passing and dribbling abilities are exceptional.

Xavi - Barcelona and Spain
The 33-year-old remains a superstar for both club and country. Xavi has won everything with Spain.

Mesut Ozil - Arsenal and Germany
Another creative minded player, Ozil who signed for Arsenal in the summer from Madrid has made a great impact at Emirates.
Andrea Pirlo - Juventus and Italy
The 34-year-old is still a wizard with the ball, his long ball and passes are outstanding. He wil be the main player for Italy.

Cesc Fabregas – Barcelona and Spain
Former Arsenal has great passing skills and ball control which makes him one of the best midfielder in Europe.

Arturo Vidal - Juventus and Chile
Chile’s one of the most under-rated talent, Vidal is a versatile midfielder.

Xabi Alonso - Real Madrid and Spain
Alonso is a consistent player for Spain. His long balls are extremely good and accurate.

Daniele De Rossi - Roma and Italy
A hard working player and a consistent performer for club and country, he can also play as a center back.

Yaya Toure - Manchester City and Ivory Coast
The 30-year-old has great power and strength, he plays as a center midfielder, and he is also a good finisher.

Next will be on top forwards to watch in Brazil. Don not forget to visit.