Top defenders and goalkeepers to watch in the World Cup

Football news guru has started a new series in which FNG will tell you the players to watch in the coming World Cup. 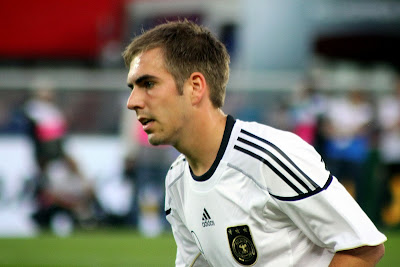 Here are the top defenders and goalkeepers.

Philipp Lahm - Bayern Munich and Germany
Germany and Bayern Munich captain is one of the best full back currently the world. He has made 105 appearances for Germany.

Thiago Silva - Paris Saint-Germain and Brazil
Thiago Silva is the consistent and reliable center back present for Brazil. He has excellent strength plus an ability to dispossess top players.

Gianluigi Buffon – Juventus and Italy
Buffon is getting better with age. He is 35-year-old and has already reached legendary level for both club and country.

Gerard Pique – Barcelona and Spain
The 26 year old is the best defender for Spain. Carlos Puyol has not played regular football for both club and country for long time.

David Luiz - Chelsea and Brazil
Another Brazilian center back who can also play as a defensive player. He also got some attacking feats like shooting.

Sergio Ramos - Real Madrid and Spain
Spain’s great defender, a right back who now plays as a center back now a. He is still 27-year-old and has lot of capability.

Manuel Neuer, Bayern Munich and Germany
Germany always have a good keeper and this time they have Manuel Neuer who seems to imporve with every game, the 27-year-old has incredible reflexes and poise.

Iker Casillas, Real Madrid and Spain
Casillas is unquestionably among the best goalkeepers in the world, despite not getting regular playing time at Real Madrid, he is still considered as one of the best keepers.

Vincent Kompany, Manchester City and Belgium
Kompany will lead the Belgium side in the World Cup. He is a powerful physically fit defender, he is always present at the right place at the right time.

Jordi Alba – Barcelona and Spain
The 24-year-old attacking full back is currently the best left back in Spain. He has played only 4 games this season in La Liga due to an injury.

Next will be on the top midfielders to watch in Brazil. Don not forget to visit.